Prabhuji is retired from public life.

Prabhuji was appointed as the successor of the lineage by his master, who conferred upon him the responsibility of continuing the line of disciplic succession of avadhūtas, or the sacred paramparā, officially designating him as guru and commanding him to serve as the successor Ācārya under the name H.D.G. Avadhūta Bhaktivedānta Yogācārya Ramakrishnananda Bābājī Mahārāja.

In 2011, he chose to retire from society and lead the life of a hermit. Since then, his days have been spent in solitude, praying, writing, painting, and meditating in silence and contemplation. He no longer participates in sat-saṅgs, lectures, gatherings, meetings, retreats, seminars, study groups, or courses. We ask everyone to respect his privacy and do not try to contact him by any means for gatherings, meetings, interviews, blessings, śaktipāta, initiations, or personal visits.

As a mystic, Hindu avadhūta, and realized Spiritual Master, Prabhuji has always appreciated and shared the essence and spiritual wisdom of a wide variety of religious practices from around the world. He does not consider himself a member or representative of any particular religion. Although many see him as an enlightened being, Prabhuji has no intention of presenting himself as a preacher, guide, coach, content creator, influencer, preceptor, mentor, counselor, consultant, monitor, tutor, teacher, instructor, educator, enlightener, pedagogue, evangelist, rabbi, posek halacha, healer, therapist, satsangist, psychic, leader, medium, savior, or guru. In fact, Prabhuji believes spirituality is an individual, solitary, personal, private, and intimate search. It is not a collective endeavor to be undertaken through social, organized, institutional, or community religiosity.

To that end, Prabhuji does not proselytize or preach, nor does he try to persuade, convince, or make anyone change their perspective, philosophy, or religion. Instead, he shares his personal view through books and lectures that are available online. Others may find his insights valuable and apply them wholly or in part to their own development, but Prabhuji’s teachings are not meant to be seen as personal advice, counseling, guidance, self-help methods, or techniques for spiritual, physical, emotional, or psychological development. He only seeks to share what he has experienced on his own retroprogressive process. His experiences will not provide solutions to life’s spiritual, material, financial, psychological, emotional, romantic, family, social, or physical problems. Prabhuji does not promise miracles, mystical experiences, astral journeys, healings, connections with spirits, supernatural powers, or spiritual salvation.

Prabhuji visited the United States in 2000 and during his stay in New York, he realized that it was the most appropriate place to found a religious organization. He was particularly attracted by the pluralism and respectful attitude of American society toward freedom of religion. He was impressed by the deep respect of both the public and the government for religious minorities. After consulting with his master, H.D.G. Avadhūta Śrī Brahmānanda Bābājī Mahārāja, and requesting his blessings, in 2001 he relocated to the United States. In 2003, the Prabhuji Mission was born, a Hindu church aimed at preserving Prabhuji’s universal and pluralistic vision of Hinduism and his Retroprogressive Yoga.

Although he did not seek to attract followers, for 15 years (1995–2010), Prabhuji considered the requests of a few people who approached him asking to become his monastic disciples. Those who chose to see Prabhuji as their spiritual master voluntarily accepted vows of poverty and life-long dedication to spiritual practice (sādhanā), religious devotion (bhakti), and selfless service (seva). Prabhuji no longer accepts new disciples, but he continues to guide the small group of veteran disciples of the Ramakrishnananda Monastic Order that he founded.

Service and glorification of the guru are fundamental spiritual principles in Hinduism. The Prabhuji Mission, as a traditional Hindu church, practices the millenary guru-bhakti tradition of reverence to the master. Some disciples and friends of the Prabhuji Mission, on their own initiative, help to preserve Prabhuji’s legacy and his interfaith teachings for future generations by disseminating his books, videos of his internal talks, and websites.

The Prabhuji Mission operates a Hindu temple named Śrī Śrī Radha-Śyāmasundara Mandir, which offers worship and religious ceremonies to parishioners. An extensive library and virtual institute offer religious and spiritual education about many theologies and philosophies for those who want to study Prabhuji’s message in depth. The Avadhutashram monastery educates monastic disciples on various aspects of Prabhuji’s approach to Hinduism and offers them the opportunity to express devotion to God through devotional service by selflessly contributing their skills and training to the Mission’s programs, such as the Prabhuji Food Distribution program, among others.

Even though the monastery does not accept new residents, volunteers, donations, collaborations, or sponsorships, the public is cordially invited to participate in daily religious services and attend devotional festivals at the Śrī Śrī Radha-Śyāmasundara Mandir temple. 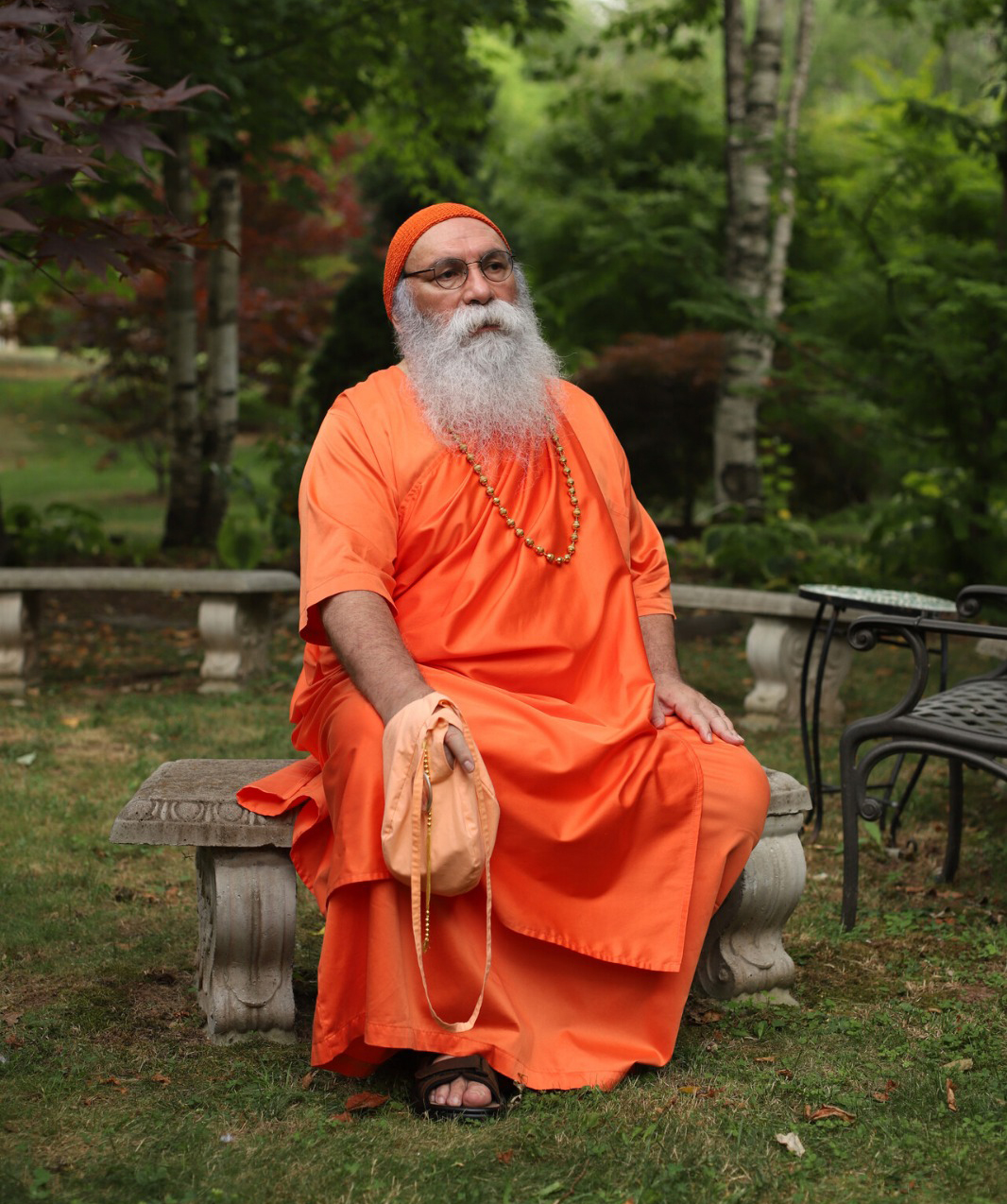 To know more about Prabhuji, read his books and watch his lectures please visit his official website: